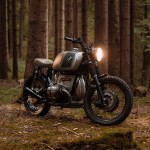 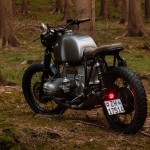 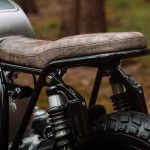 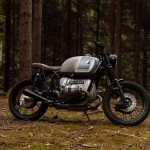 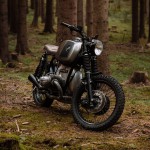 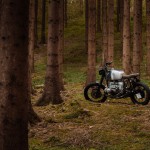 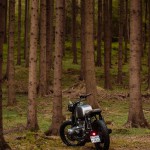 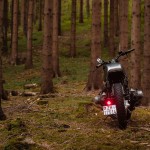 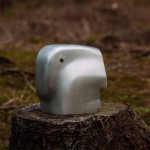 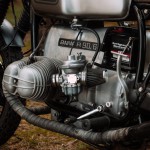 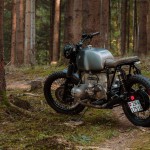 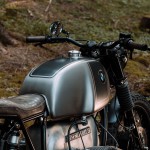 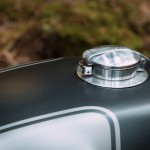 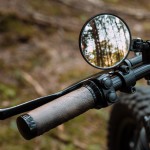 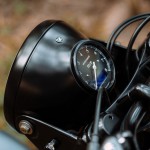 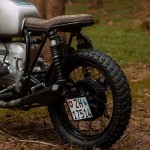 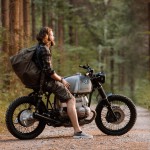 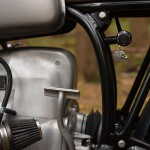 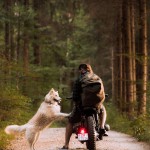 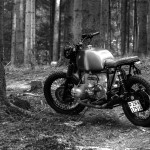 This is Kontrast Kreation’s first custom build. I wanted to build a motorcycle that’s fine for everyday use, but also one that can be taken on long trips or even off road if necessary. With this BMW R90/6 scrambler no costs that occurred or time that was spent was too much and I wanted everything to be perfect right down to the last detail. Since the bike was in pretty good shape, despite having not been ridden for almost 20 years, only the motor needed to be cleaned. Apart from this, everything was completely restored.

Right from the start it was clear that the battery would have to go in the air filter box. Because i couldn’t find any off the shelf parts that I liked, I decided to make the lids from scratch. It was very important from an aesthetic point of view to keep the original air filter form so i decided to make a custom built cover. I used the original air filter cover as a model for the new cover, which was made out of 2 mm aluminum sheeting.  The big challenge was the handmade stainless steel bracket for the antigravity battery.

The removable rear is perfect for Switzerland since we have such strict vehicle regulations. The custom-made rear is bolted on to the main frame, so apart from removing all of the excess brackets, no further modifications were needed.

The saddle was made to measure out of  cow leather by a local upholsterer specifically according to my wishes and fitted over a handmade aluminum frame. The grips were also to be made out of the same material as the saddle and after a long search, Vespa grips from the original accessory catalogue were used. The grips had to be properly formed with a lathe to fit the handlebars and the ends were painted and finally the same leather that was used for the seat could also be fitted to the grips.

Further special modifications include the headlight where i also fitted a motogadget speedometer. The upper fork is from BMW Bayer, although this piece was cut and welded to achieve the same look as the original lower fork.

The fork was lowered by 6cms for a more aggressive look and has been fitted with progressive springs by Wirth. The rear shocks are from Öhlins, which match the rest of the bike in black semi gloss.

The fuel tank is from a BMW /7 Model, the outer surface was sanded and coated with a darkened transparent gloss, then I painted decals in Corvette’s cybergrey. A second coat of gloss was applied, the transitions sanded and finally the finishing coat of semi gloss. We had to repeat the whole process though because the first time we saw the finished article in the sun we noticed bad sanding marks which needed to be removed.

The mudguards are made of aluminum and they’re flared at the joins and painted also cybergrey.

To complete the uncluttered look, a custom-made license plate holder was made which fit perfectly next to the wheel with a Bates Taillight on top.

As previously mentioned, the Motorcycle is also for longer trips so an old original luggage holder was welded onto the carrier, which can be quickly mounted as needed.